Five clinical trials evaluating proton therapy as a treatment for cancer, including one involving children with brain cancer and three trials for men with prostate cancer, are being led by researchers at CDH Proton Center, A ProCure Center.

“We recently returned from a national medical meeting where more than 70 papers and posters were presented assessing the use of proton therapy in treating cancer, and the results continue to be impressive,” said Dr. William Hartsell, the Center’s medical director. “Our clinical trials are part of a national effort to assess new and what we anticipate will be better ways to treat patients with proton therapy.”
The pediatric trial is evaluating the simultaneous use of chemotherapy regimens and radiation therapy, which includes proton radiation as an option. The trial (code: NCT00867178) involves infants born with tumors of the central nervous system, such as medulloblastoma, and will assess proton beam as an acceptable form of radiation.
One of the prostate cancer trials (code: NCT01230866) is treating patients using higher doses of proton therapy treatment over a much shorter time period (five treatments over one to two weeks) than current standards (44 treatments over as many as nine weeks). A second prostate cancer trial looks at the impact of combining hormone (androgen deprivation) therapy with proton therapy (code: NCT01492972).

“We hope to learn more about the effectiveness and potential benefits of treating patients with proton therapy in new ways or combined with other important treatments,” Hartsell said.
Proton therapy is an advanced form of radiation treatment for many cancerous and non-cancerous tumors, including tumors of the brain, central nervous system, head and neck, lung and prostate, as well as sarcomas and many pediatric cancers. The precision of proton therapy makes it especially effective for treating children and adults with anatomically complex tumors such as base of skull and tumors along the spinal cord.

To learn more about proton therapy and the CDH Proton Center, A ProCure Center, go to http://www.procure.com/il.

In addition to these trials, the Center is also working with collaborating institutions on several studies that allow for the use of proton therapy, including:
•       NCT00085735 (“A Study Evaluating Limited Target Volume Boost Irradiation and Reduced Dose Craniospinal Radiotherapy 18.00 Gy and Chemotherapy In Children with Newly Diagnosed Standard Risk Medulloblastoma: A Phase III Double Randomized Trial”)
•       NCT00392327 (“Efficacy of Carboplatin Administered Concomitantly With Radiation and Isotretinoin as a Pro-Apoptotic Agent in Other Than Average Risk Medulloblastoma/PNET Patients”)
•       NCT00653068 (“Treatment of Atypical Teratoid/Rhabdoid Tumors of the Central Nervous System with Surgery, Intensive Chemotherapy, and 3-D Conformal Radiation”) •       NCT01602666 (“Phase II Trial of Response-Based Radiation Therapy for Patients with Localized Central Nervous System Germ Cell Tumors”) •       NCT01182350 (“Phase II Trial of Molecularly Determined Treatment of Children and Young Adults with Newly Diagnosed Diffuse Intrinsic Pontine Gliomas”)
•       NCT01222754 (“A Phase I Trial of Lenalidomide and Radiotherapy in children with Diffuse Intrinsic Pontine Gliomas and High-Grade Gliomas“)
•       NCT01088035 (“Carboplatin as a Radiosensitizer in Treating Childhood Ependymoma”)

About CDH Proton Center, A ProCure Center: CDH Proton Center, A ProCure Center, Warrenville, Ill., is one of a handful of facilities in the country that offer proton therapy, an advanced form of radiation to treat cancer. The four-room, 60,000 sq. ft. Center, opened Oct. 19, 2010, is the first for Illinois and has the capacity to treat up to 1,500 patients a year. The precision of proton therapy spares healthy tissue and results in fewer short- and long-term side effects than treatment with standard X-ray radiation therapy. Proton therapy has been shown to be beneficial in the treatment of a broad range of tumor types including head and neck, brain, central nervous system, prostate, lung, sarcomas, gastrointestinal and many pediatric cancers. It is especially effective for treating children and adults with anatomically complex tumors such as at the base of the skull and tumors along the spinal cord. The CDH Proton Center, A ProCure Center, is a collaboration between Central DuPage Hospital (CDH), Radiation Oncology C! onsultants (ROC) and ProCure Treatment Centers, Inc. ProCure was founded in 2005 in Bloomington, Ind., and is developing a network of proton therapy centers in cities across the United States. For more information, visit www.procure.com/il.

Decked in biker gear — spandex, not leather, thank you — a fit, middle-aged man steps briskly down his front steps, hops on his road bike and begins his 20-mile ride to Philadelphia for another proton beam treatment.

Two hours later, he’s on his bike pedaling toward home.

But it plays out for us in 30 seconds. And in high-definition video.

“Biking is Bill’s passion,” says the narrator, as we get a handlebar view of Philadelphia streets. “So when it came to fighting Bill’s cancer, it was something he couldn’t give up. That’s why he chose proton therapy at Penn Medicine’s Roberts Proton Therapy Center. Proton therapy has fewer side effects, so he can stay on his bike even during treatment. Not giving up what you love is worth Penn Medicine.”

Penn Medicine, the branded name of the University of Pennsylvania Health System, is featuring Bill and several other proton patients in a new television advertising campaign currently airing in Pennsylvania, New Jersey and Delaware.

Ideas for the TV spots came out of discussions Penn Medicine’s marketing department had with the Roberts Proton Therapy Patient Alumni Group. The group, made up of more than 125 proton therapy patients, meets twice a month. Members support patients currently in treatment. And they are pursuing a number of initiatives to keep their tight-knit proton community engaged.

A formalized Patient and Family Advisory Council meets quarterly and provides advice about the patient experience at Roberts.

“Proton patients and their families are the real champions for proton therapy,” said Fern Nibauer-Cohen, the associate director of program development at Roberts Proton Therapy Center. “They want to take it to the streets.”

And they are. Not just in TV spots and magazine advertisements, but in video testimonials and blogs posted online. Roberts patient alumni and family members are traveling around the Philadelphia metropolitan area and talking candidly about their proton experiences to faith groups and community organizations. They are leading cancer patient support groups. They’re being interviewed by local news media.

“It has been amazing to develop this group of patients who truly are interested in raising awareness about proton therapy as a treatment option — based on their own experiences,” said Nibauer-Cohen. “They are all interested in bringing this message into their own communities, and sharing their stories about their cancer diagnosis, treatment and survivorship with others. Their mission is personal which is what makes it so powerful.”

Too often, she said, patients and family members share stories about the numerous outside barriers to even the prospect of proton treatment. They don’t want others to go through the same struggles, especially after having lived the proton experience at Penn Medicine.

“It’s very much the empowered patient who fights for this treatment option,” Nibauer-Cohen added, particularly men with prostate cancer. “Prostate patients are so passionate about sharing their stories and letting newly-diagnosed men know there are other treatment options.”

The Willis-Knighton Cancer Center in Shreveport, Louisiana, is one of the first facilities in the United States to install a new single-room compact Proton Therapy room. Unlike larger systems, it has a small footprint (49 feet x 95 feet or 14.9 meters x 28.9 meters), allowing it to be easily incorporated into an existing facility and help broaden treatment offerings.

The Proton Therapy center is part of a $40 million addition immediately adjacent to the existing cancer center, including more offices and expanded chemotherapy infusion and medical oncology spaces.

“The vault and treatment planning areas are only one-fifth of the new construction footprint, which highlights how compact it really is,” said Lane R. Rosen, M.D., Director of Radiation Oncology at the Willis-Knighton Cancer Center. 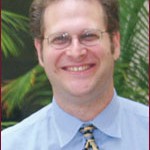 “Having all types of treatment in one place will allow us to integrate therapies and make treatment more convenient,” said Rosen. “I can definitely see a role for a proton boost as a way to minimize side effects while keeping costs reasonable. We’re looking forward to making Proton Therapy a reality for more patients.”

The use of Proton Therapy along with chemotherapy is also becoming more widely accepted. “This combination allows us to spare bone marrow and avoid complications, such as esophagitis and concurrent radiation pneumonitis — all things that limit our ability to deliver the best therapy,” said Rosen. “It’s difficult to coordinate Proton Therapy and chemotherapy if they’re not in the same facility.”

The center expects to draw patients from Louisiana, Arkansas and Texas, treating between 20 and 25 patients a day. “Although Proton Therapy is more commonly used for prostate, brain and pediatric cases, we anticipate using it for other body sites as well,” said Rosen.

If you’re a medical school student, resident or grad student considering a career in Proton Therapy, or a general or family practitioner looking to better advise your patients about a cancer care option with fewer side effects, the new compendium, Proton Therapy Physics, should satisfy you.

Edited by Dr. Harald Paganetti, director of physics research at the Department of Radiation Oncology at Massachusetts General Hospital and associate professor of radiation oncology at Harvard Medical School, Proton Therapy Physics draws on the expertise of more than 20 leaders in oncology, radiology and medical physics. They represent nearly a dozen different Proton Therapy research and clinical institutions around the world.

“With the increasing use of protons as radiation therapy modality comes the need for a better understanding of protons,” Paganetti said. “To fully utilize the advantages of Proton Therapy and, just as important, to understand the uncertainties and limitations of precisely shaped dose distribution, proton physics needs to be understood.”

Contributors review the key developments made by scientists and clinicians in using protons to fight cancer. They describe the mechanics of proton accelerators and proton beam delivery, introducing concepts such as dose rate, beam intensity and lateral penumbra that will be expanded on in later chapters.

They ground readers in rich understanding of how protons interact with human tissue, presenting equations used to estimate certain characteristics of proton beams.

Thoroughly illustrated with photos, computer-generated images, charts and graphs, Proton Therapy Physics is the kind of hardcover textbook readers will adorn with Post-it® notes for instant clarity on proton treatment concepts and methods. A Kindle edition of the 684-page book is also available for Kindle and Apple’s iPad.

Part of the medical physics and bioengineering series by CRC Press, Proton Therapy Physics is available from Amazon.com.