A dedicated treatment portal and chair positioner for ocular treatments are being developed by Ion Beam Applications (IBA) in collaboration with the Proton Therapy Center of the Institut Curie – Orsay, which benefits from a long-term experience in the field of ocular tumor treatments. 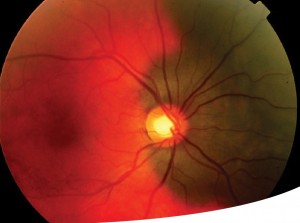 Pencil Beam Scanning (PBS) is a new technology being developed to fasten and sharpen the delivery of intensity-modulated proton therapy without the usage of aperture and compensators. It is being designed to be the revolutionary proton delivery technique of the coming years and to improve both treatment easiness and patient throughput.

The development of PBS is speeding up thanks to the intense and productive collaboration of manufacturers like IBA (Ion Beam Applications), the Burr Proton Therapy Center team (Massachusetts General Hospital, Boston, Massachusetts), the National Cancer Center Korea (Ilsan, Korea) and the University of Florida Proton Therapy Institute (Jacksonville, Florida), working altogether to make PBS a reality.

The prototyping phase has reached an end and the design of the clinical system is in progress. Product development will be done in parallel to add the required new features to all major subsystems. The beam production system will include a faster and more accurate beam intensity control. The energy selection and the beam transport system will allow a faster and more accurate change of beam energy. The beam delivery system will include a new scanning controller and the treatment control system will provide the clinical interface for the delivery of PBS irradiation.

A state-of-the-art robotic patient positioner has been developed by ProCure Treatment Centers in partnership with another US company, Forte Automation Solutions, and has been approved by the US Food and Drug Administration (FDA).

This articulated 6-axis robot is based on off-the-shelf Kuka robot components. With a tilt angle of up to 15 degrees, it also shows docking capabilities that broaden the scope of its applications (including snout changes and support for tools such as water phantoms). The first patient-positioning system robot is expected to be delivered in ProCure’s first Proton Therapy center, due to open in Oklahoma City, Oklahoma, by summer 2009.